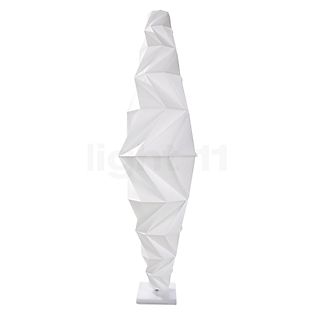 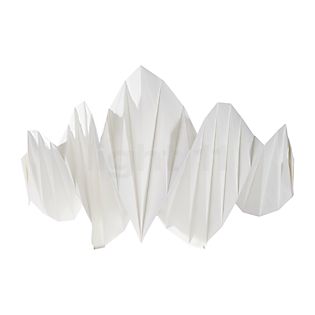 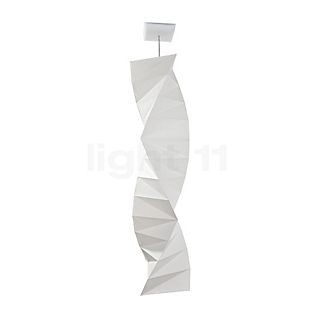 Sculptural lights manufactured in a sustainable and innovative process

Quotation from Ernesto Gismondi, company founder and president of the Italian high-class manufacturer
, on the new range IN-EI ISSEY MIYAKE: "When you see them, you can't help feeling moved; when you understand them, you are full of wonder seeing a future we thought unreachable and couldn't imagine this beautiful."
The new Artemide IN-EI light collection is the result of two philosophies that are pursuing the same aim. Ernesto Gismondi with his “The Human Touch” claim as well as star designer Issey Miyake have the same aim as they want to meet the people’s needs. IN-EI lights embody this aim in a spectacular way: the lighting objects are manufactured completely from recycled materials and fascinate the viewers with their three-dimensional design language. For this, they were awarded the Compasso d'Oro award in 2014.

The idea for the Artemide IN-EI emerged within the framework of the “132 5. ISSEY MIYAKE” project whose purpose was the production of variable clothing items. In the Reality Lab, the personal creative workshop of the Japanese artist, a method based on a mathematical program with 3-D geometric principals was developed, by means of which clothing can be folded flat and become different three-dimensional shapes based on the Japanese art of Origami. Later on, this folding technology based on formulas and algorithms was transferred to the design of lampshades. This symbiosis of mathematics and creative design is expressed in the Artemide IN-EI table lamps, pendant lights and floor lamps presented herein. They do not only convince with an original appearance. Due to their individual geometrical shape they offer a nuanced play of light and shadow that simply casts a spell over every viewer. This can be impressively observed, for instance, based on the Artemide IN-EI table lamp , which reminds us of a seashell thanks to its interesting appearance and thus becomes an attractive eye-catcher.

Since the computer-assisted folding technology was originally intended for clothing, a specifically developed fabric that fulfils the new requirements of the versatile shade design was required to be able to manufacture the luminaires. For this purpose, recycled plastic bottles were processed to generate a synthetic fibre that allowed for a a pleasantly diffused emission of light based on its characteristics. It is nice to watch the special lighting effect of the material, for instance, when taking a look at the Artemide IN-EI pendant light that displays a very interesting combination of zone and ambient lighting. The special thing about it is that the sustainable fibres are produced by means of an innovative recycling process, using of which the energy consumption and the CO2 emissions can be reduced by up to in comparison to the production of new materials.

Economical in use and stable without a frame

A further trademark of Artemide IN-EI lights is the stability of these lighting solutions, which all have the potential to serve as a visual highlight within the room. The recycled light bodies have an additional surface finish that ensures an optimum dimensional stability without a separate frame being required. This can be impressively seen based on the Artemide IN-EI floor lamp that exudes an almost majestic grandeur due to its height of nearly .

The Italian high-class manufacturer complements these lights that can be folded flat after use and thus allow for an easy transport as well as a space-saving storage by a further element that proves to be exemplarily in terms of environmental consciousness: the light sculptures of Artemide IN-EI are equipped with modern LED lamps, which offer a high luminous efficacy and allow for a cost-reducing saving of energy thanks to their performance efficiency. An example of this is the that produces a luminous flux of with a light input of only about . For comparison: this value exceeds the luminous flux achieved by a conventional incandescent lamp by more than .

Additional information on the name: IN-EI is a Japanese word and means "shadow, shadiness, nuance", which aptly describes the unique play of light and shadow that these lights produce within a room. Each of the Artemide lighting objects described herein arouses associations with Asian paper lanterns and are based on the principles of the Japanese paper folding art Origami. Thanks to its individual geometrical form, they project characteristic plays of shadow into the room and serve as sculptures made from light and shadow, which enhance the living space in an unparalleled way.
Back to top