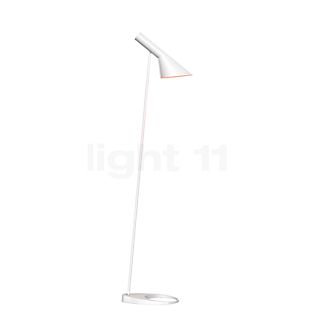 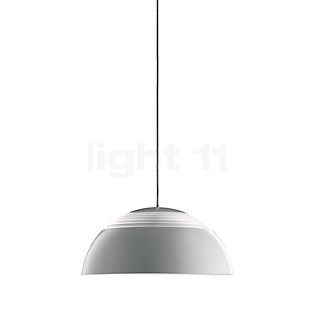 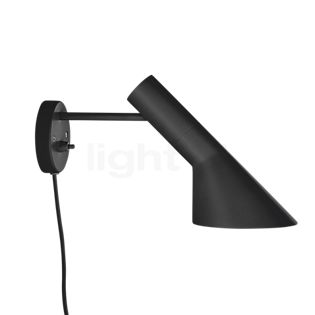 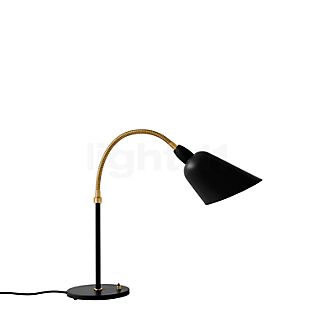 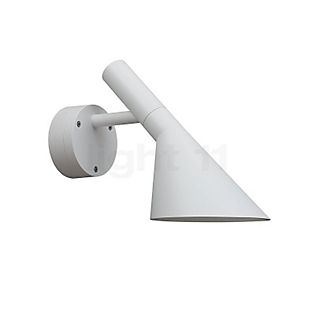 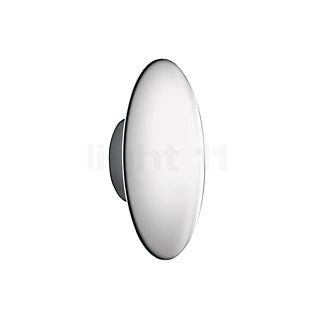 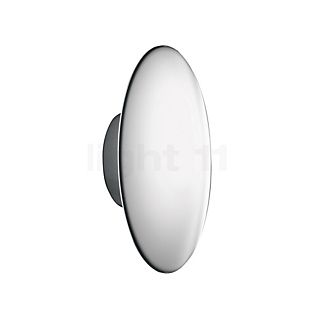 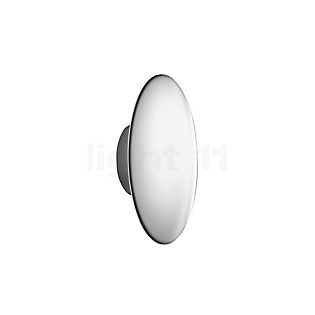 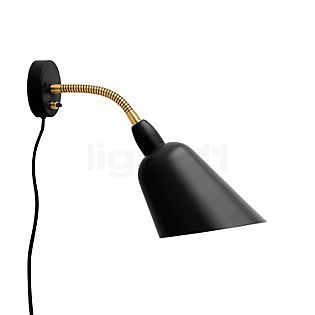 The purist style that dominates the luminaires by Arne Jacobsen harmonises perfectly with many interior styles. And although his pieces are rather cautious (often also in terms of the choice of colours) they add a touch of subtle luxury and the typical Scandinavian sense of style to every room. A look at the

Louis Poulsen AJ F quickly reveals the talent of this designer legend. This floor lamp, a classic from 1960, combines an elegant, almost noble design with flawless functionality. With its asymmetrical shade, the streamlined, deliberately inclined lamp pole and the characteristic aperture in the light base, the AJ F floor lamp serves as timelessly modern design object. The other AJ light versions by Arne Jacobsen are also considered as masterpieces of visual understatement and thus unobtrusively and tastefully upgrade every living area. The AJ 50 LED wall light, for instance, offers a focused reading light when installed in the bedroom above your bed or behind an armchair or a sofa and thereby makes sure that you have a relaxed time while reading the daily newspaper or a novel. Thanks to protection class IP65, it is additionally dust-proof and protected against the ingress of jets of water which also makes them a good solution for outdoor areas, e.g. the terrace or the balcony. The integrated LED lamp with only 8 W power input makes sure that the impact on your wallet as well as on the environment is reduced. Installed above the dining table, the

AJ T desk and beside table lamp turns out to be a plus in terms of decoration and function.

Arne Jacobsen’s competence extends across the design of lights. Originally, this representative of modern functionalism learned the trade of stonecutter. At his father‘s request he took an architecture course at the Royal Danish Academy of Fine Arts in Copenhagen which he successfully completed in 1927. Subsequently, Arne Jacobsen worked as an architect for the city’s building authority until 1929. Afterwards, he cooperated with Flemming Lassen which resulted in the creationof the “House of the Future” – a circular building a round building with a helipad on the ceiling. In addition to the extremely successful AJ lights, he also designed popular seating furniture such as the Ant, the Egg and the Swan and demonstrated thereby how much he enjoys nature. Even the cutlery from the cult movie “A Space Odyssey” by Stanley Kubrick is a brainchild of Arne Jacobsen.
Back to top